Last spring I travelled to Abu Dhabi and one of the things top of the list when visiting the Emirati capital was to visit the Sheikh Zayed Grand Mosque in the west of the city. 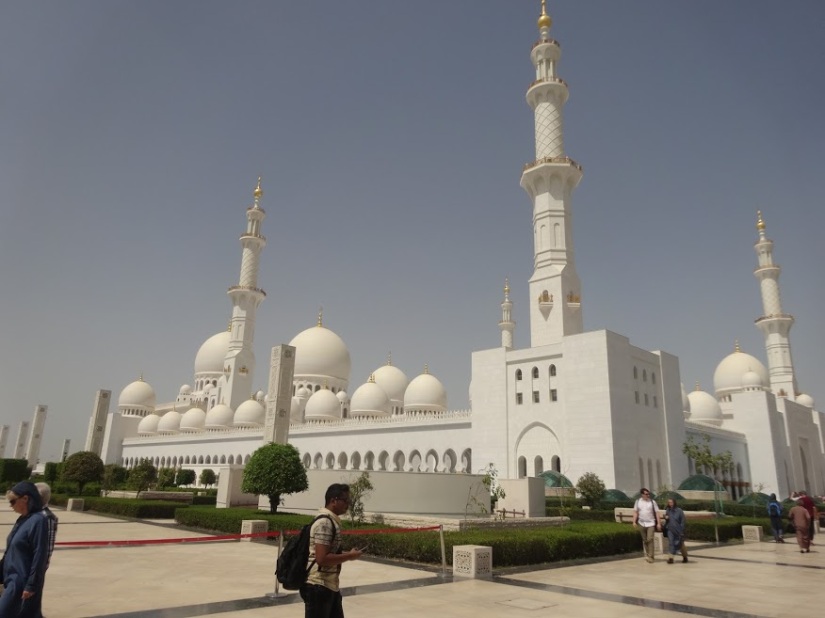 Costing a little over half a billion US dollars to build, its sheer magnificence is impossible to put into words and simply incomparable to many other religious structures/buildings. The Sheikh Zayed Grand Mosque opened in 2007 and immediately cemented itself as one of the largest mosques in the world and the only one that celebrates cultural diversity by capturing unique interactions between Islam and world cultures. Sheikh Zayed’s vision of his namesake mosque was to mix different architecture styles from a number of Muslim civilisations. With the architects for the project coming from across the Gulf, the UK and Italy, its design inspiration was taken from parts of Pakistan, Turkey and Egypt to name but a few. Home to the biggest chandelier in the world and also the biggest carpet on Earth, both of which were made by hand, the intricate calligraphy encircling the inside of the domes sites verses from the Quran in the typical Naskh letter styling. 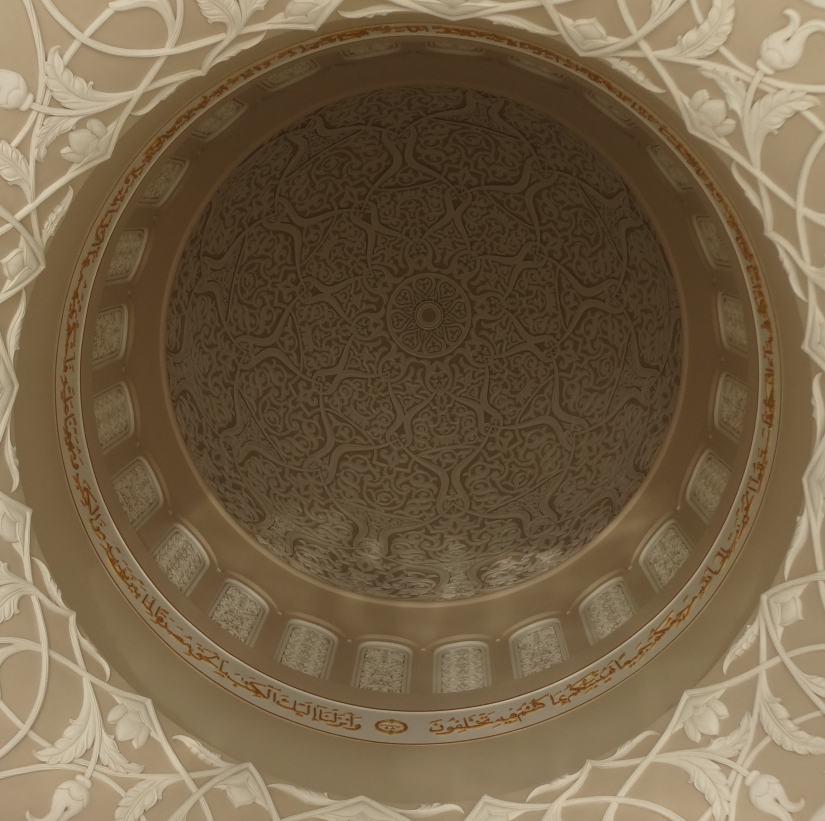 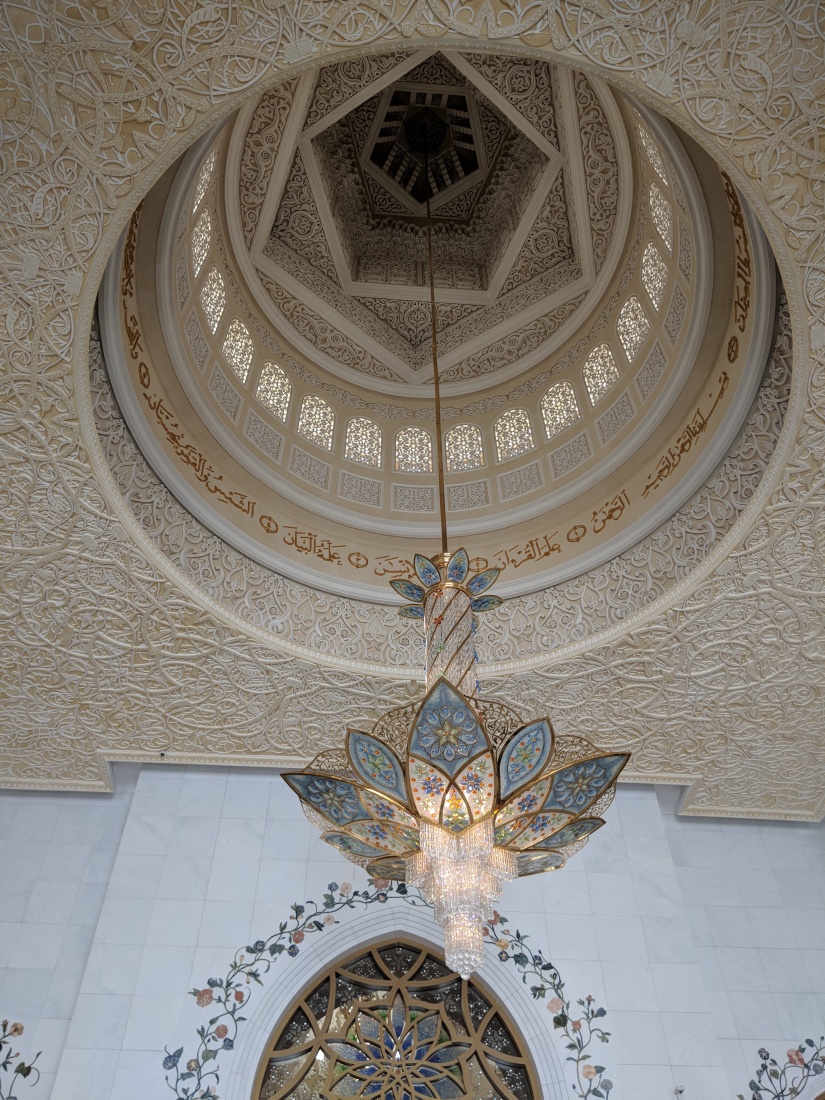 I was staying in Abu Dhabi itself (at the St Regis hotel) so it was pretty easy to access the mosque from my hotel and was about 20 minutes in a taxi. The Fairmont Bab Al Bahr where my parents stayed on a separate visit to Abu Dhabi is a lot closer to the mosque as well as the Ritz Carlton Grand Canal if you are seeking hotels with views of the mosque. If you are staying in Dubai, the mosque is around an hour and a half to two hours away depending on traffic and your taxi driver.

Being the avid foodie I am, I am always on the look out for places to try and pick up a snack. When visiting the mosque however, there are very few places around it to grab something so definitely make sure you have already eaten before you visit. There are a handful of places to grab a snack and some water – but this area is not known for their abundant hospitality like other areas of the city as it is surrounded by highways and desert. 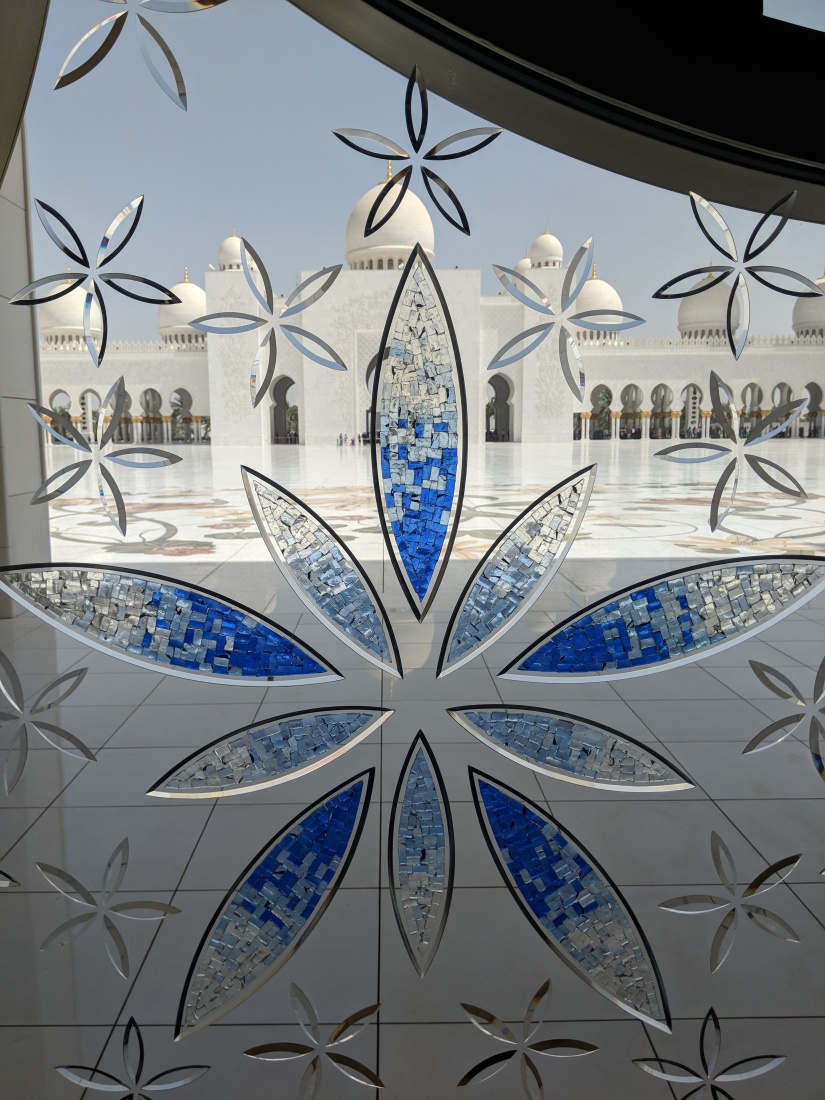 This is a rarity in the UAE, to find an activity that has free admission, but the Sheikh Zayed Mosque is exactly that. Do not pay anyone for entry. There is even an option to take a free tour of the building which is really informative and interesting. #

It goes without saying but it is important to dress respectfully when visiting the mosque. Most mosques that have a tourism presence require female visitors to cover their hair and provide scarves for them. The mosque in Abu Dhabi has a high security entrance, with men and women entering the premises separately. Women are then provided with a floor length garment with a hood to put on over their clothes, replicating a hijab and abaya. I opted to dress conservatively prior to visiting so did not have to put this on. My outfit (below) was sufficient. The cover ups seem to be made from a pale pink nylon fabric which would make you super hot in the Arabian sunshine, so do take this into consideration when picking your outfit for the day. 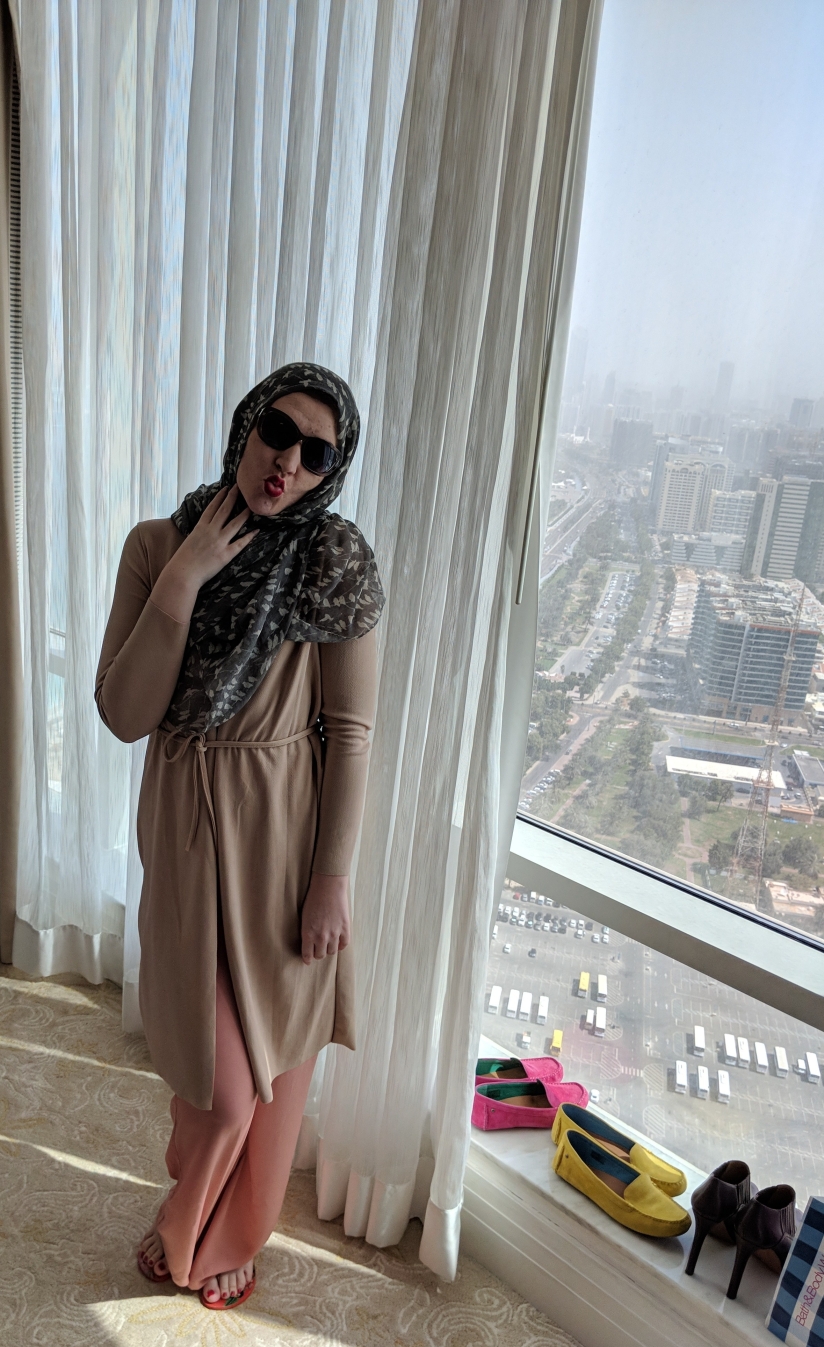 Again, in a country with on average only five rainy days a year, you would think to take your sunglasses. But when visiting a building where every surface is shiny white marble (and reflective) you would be a fool not to take them with you. With this in mind, I had actually flown out to Abu Dhabi without my sunglasses so ended up borrowing a pair of my mum’s Ralph Lauren shades for the trip! 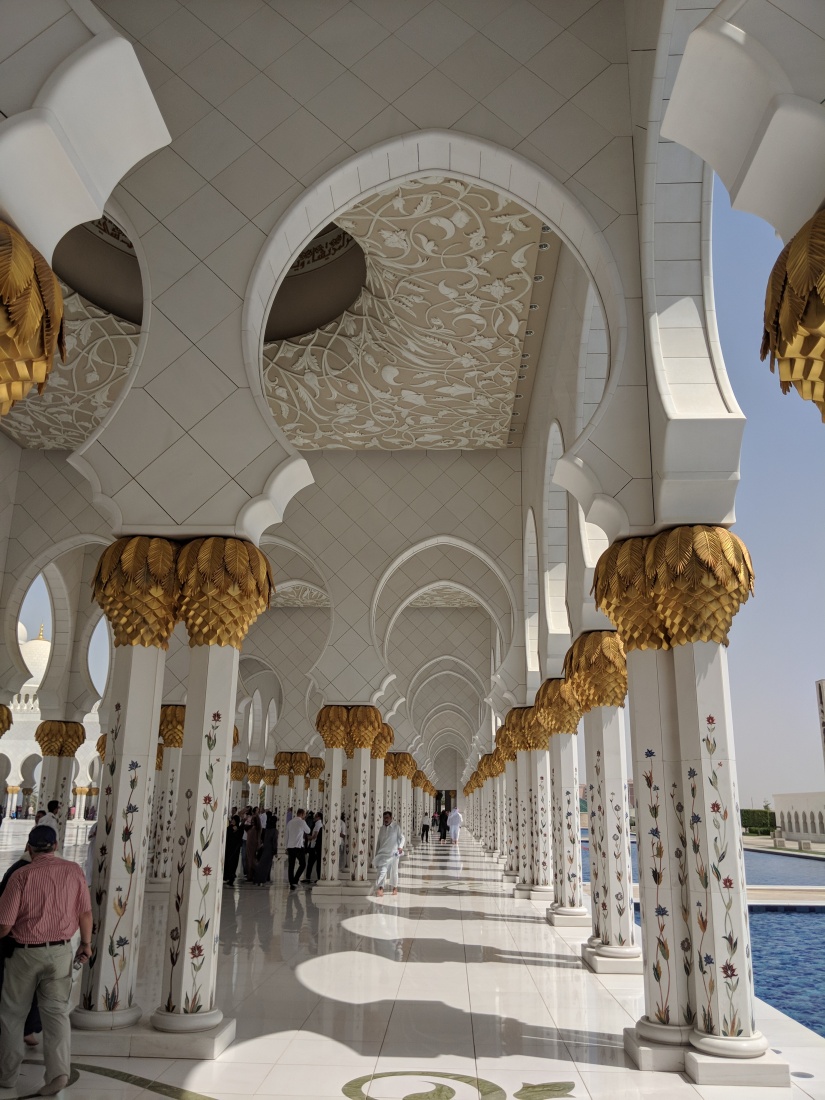 Like with any tourist attraction you will probably check the opening times before going – but don’t be surprised if the mosque is closed to the public when you want to attend. In general opening times are 9am to 10pm Saturday to Thursday and closed to tourists on Friday mornings – when it is open only to worshipers. On Fridays, tourists are permitted after 4:30pm and during the Holy month of Ramadan opening times are restricted to 9am to 2pm with the mosque being closed all day on Fridays during the festivities.

Have you been to Abu Dhabi? Was the Grand Mosque on your list of things to see?

Living in London and recently launched as a freelance writer - blogging to share my ideas on a quest to meet fellow creatives! View all posts by ellieslondon

There was an error retrieving images from Instagram. An attempt will be remade in a few minutes.